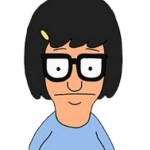 Kazi Nazrul Islam was born on 24 May 1899 in the village of Churulia, Asansol Sadar, Paschim Bardhaman district of the Bengal Presidency. He was the second of three sons and a daughter of his parents. Nazrul’s father Kazi Faqeer Ahmed was the imam of a local mosque. Kazi Nazrul was a renowned Bengali poet, musician, and writer. Most importantly he is a national poet of Bangladesh.

He was nicknamed Dukhu Mian for his sorrow full life. He lost his father at the age of ten, then he took his father’s place as a caretaker of the mosque to support his family. He joined a leto, that group run by his uncle Fazle Karim. There he learns to act, as well as writing songs and poems for the plays and musicals. Through his work and experiences, he starts studying Bengali and Sanskrit literature also growing his interest in literary by doing this.

In 1910, he admitted to Searsole Raj High School in Raniganj. In school. Here he fined a lifelong friendship with fellow author Sailajananda Mukhopadhyay, who was his classmate. He couldn’t pay his school fees, so he left the school and joined a bakery.

In the year 1917, he joined the British Indian Army at the age of eighteen. Finally, in the year 1914, Nazrul studied in the Darirampur School at Mymensingh District.

Nazrul’s activism for political and social justice earned him the title of “Rebel Poet His nickname was Rebel Poet called by people. Nazrul is a national poet of Bangladesh. He learned of poetry, drama, and literature from a theatrical group when he works there. He wrote and composed almost 4,000 songs. Some of his writing are Pralayollas (‘Destructive Euphoria’), and his first anthology of poems, the Agni-veena 1922 which got massive success. He also published some short stories, the Byathar Dan, and Yugbani an anthology of essays. Nazrul started a weekly magazine, named Dhumketu on 12 August 1922.

Nazrul with his family moved to Dhaka in 1972. He died four years later. When he was 43, he was suffering from an unknown disease and died in 1976.